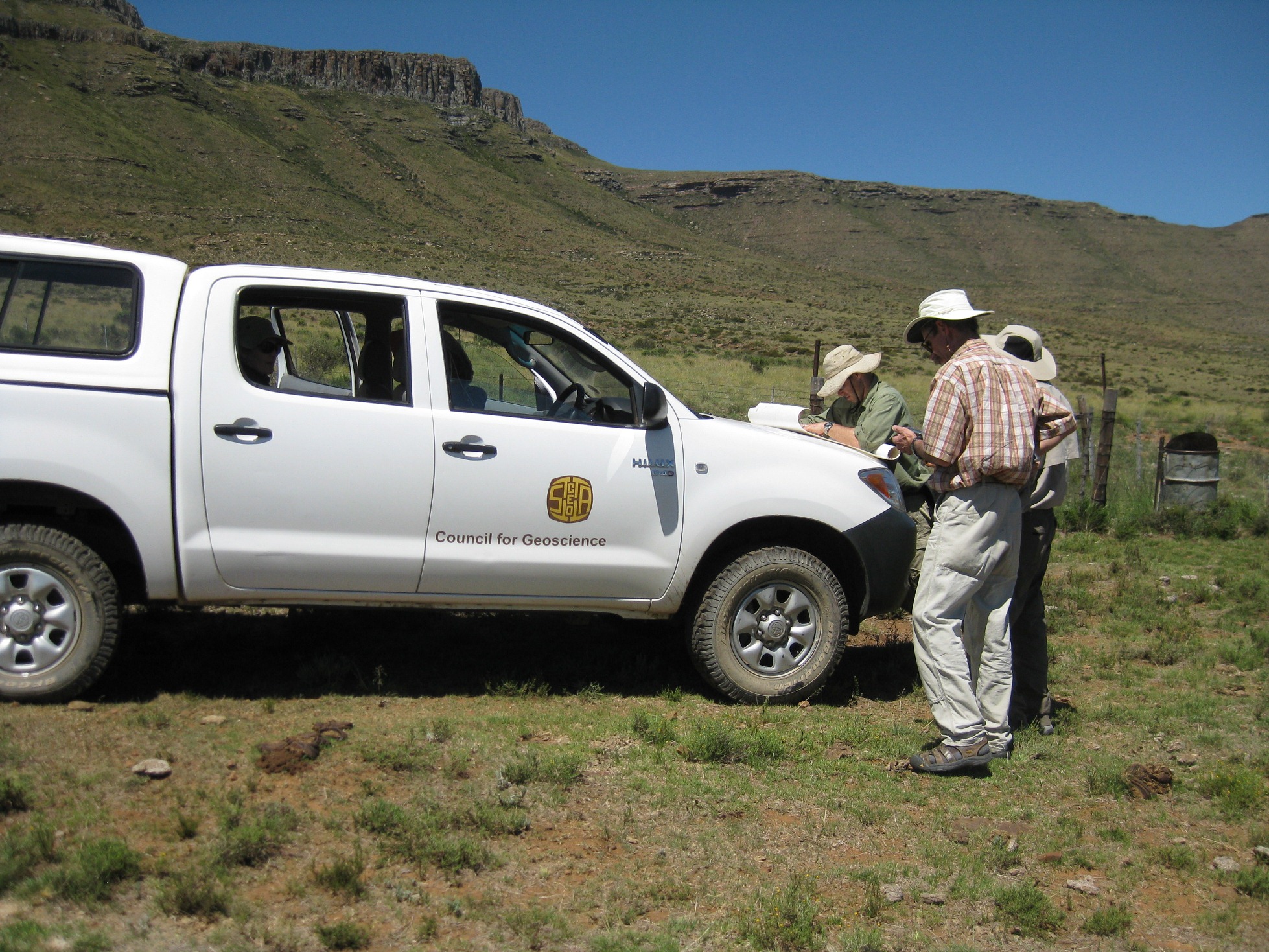 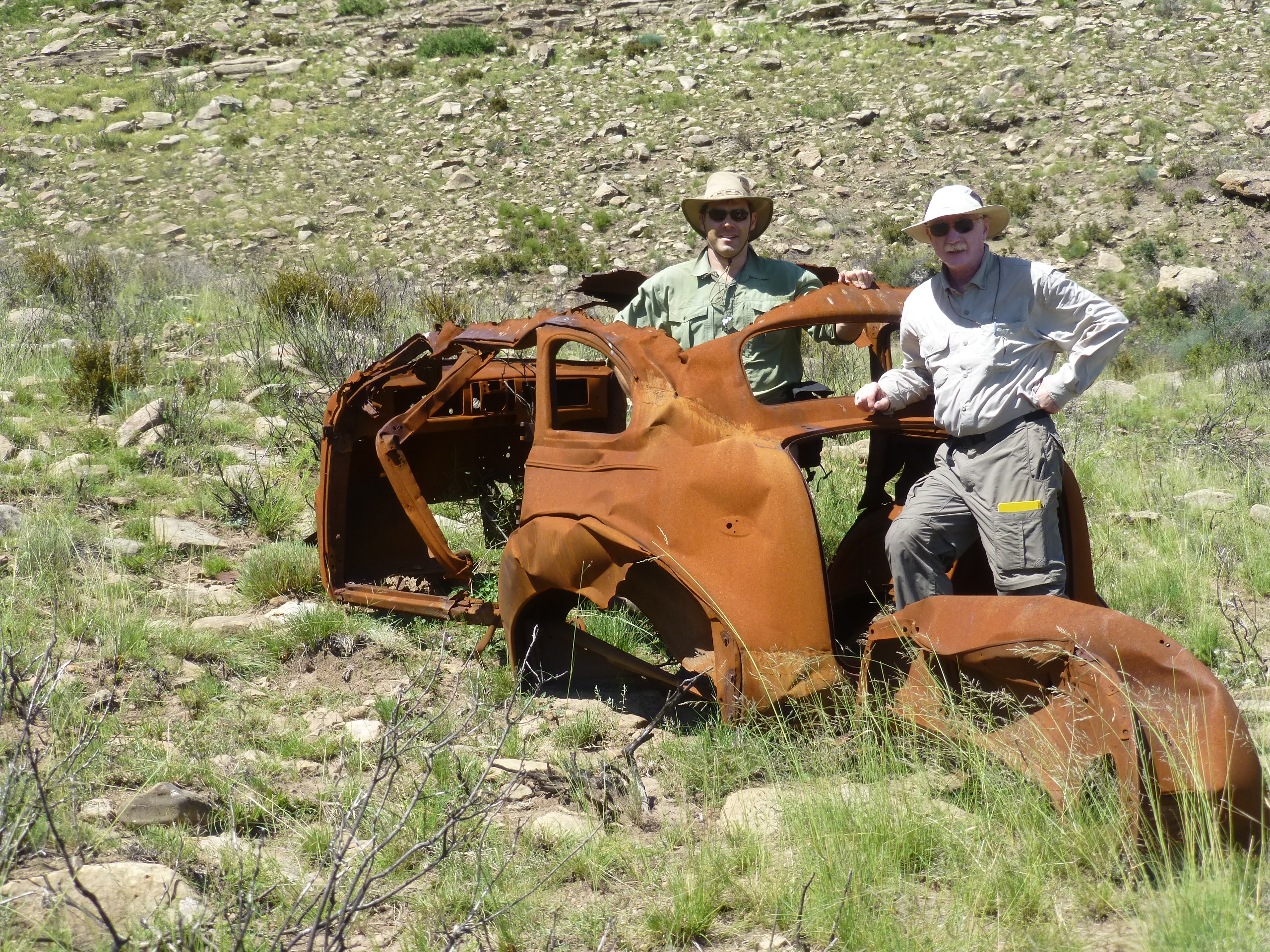 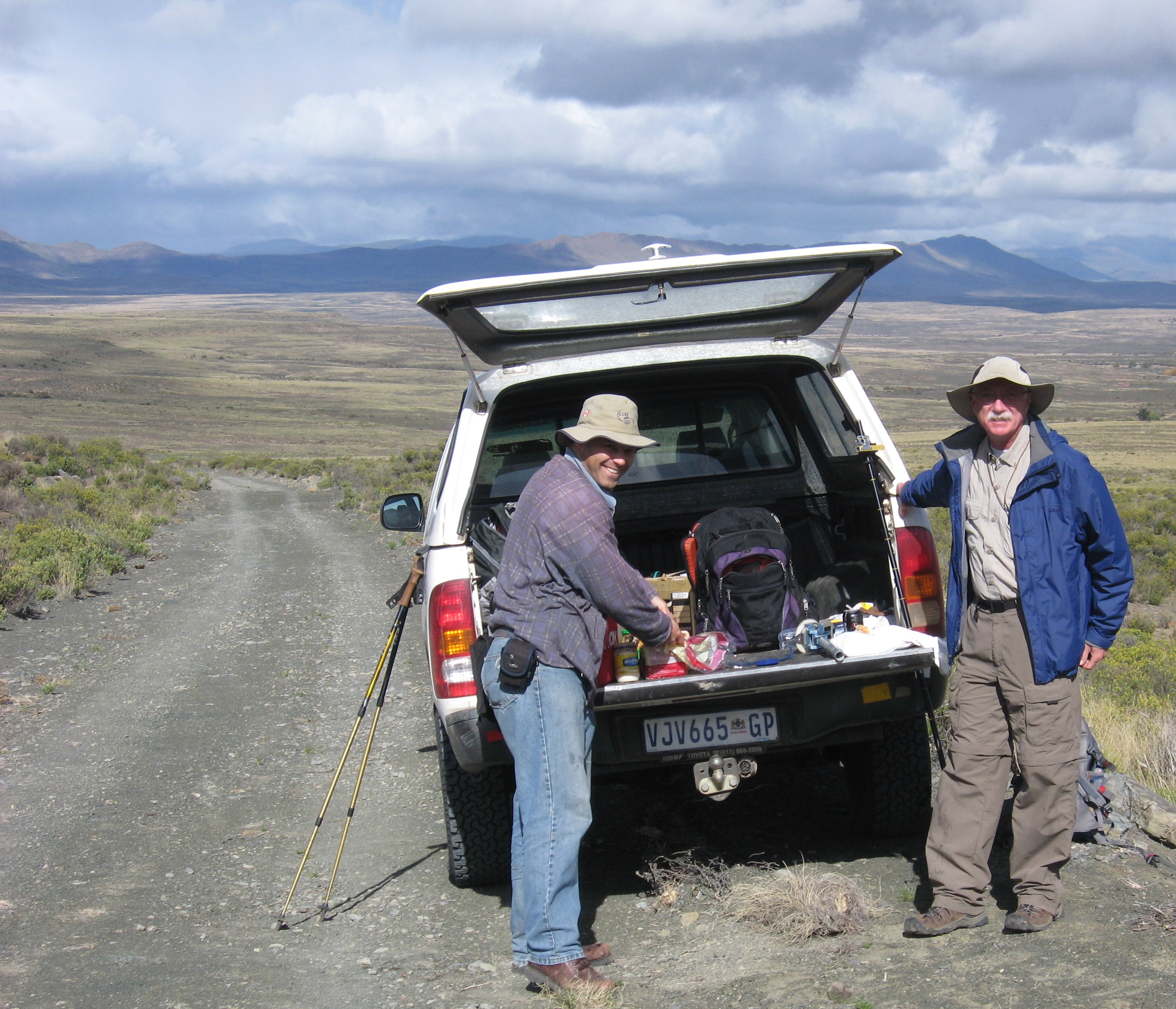 Doing Map Work in the Veld

Regular visitors to Ganora include Prof. Robert (Bob) Gastaldo of Colby College in Waterville, Maine (United States) and Dr. Johann Neveling of the Council for Geoscience in South Africa.

They are interested in the rocks that make up the mountains and hills of the Karoo and, together with a number of different co-workers, have conducted research near Ganora since 2006. By careful analyses of the sandstones and siltstones that make-up the mountains of the Karoo, geologists like Bob and Johann are able to establish a picture of what the ancient environments looked like when these rocks were originally deposited.

Their research interest focus on the remnants of a period of catastrophic environmental change and extinction that happened about 252 million years ago and are contained in the rocks of the Sneeuberg mountains near Nieu Bethesda.