The Kitching Fossil Exploration Centre was established as part of a collaborative programme between the Bernard Price Institute for Palaeontological Research at the University of the Witwatersrand in Johannesburg, the Albany Museum in Grahamstown and the Department of Science and Technology to set up palaeotourism and provide employment opportunities.

James Kitching, who was brought up in Nieu Bethesda, became internationally renowned for his uncanny ability to discover fossils and later became professor in palaeontology at the University of the Witwatersrand. In 1970 he was the first person to collect and identify a specimen of a Karoo therapsid in Antarctica and so demonstrate that Antarctica and southern Africa were once connected. 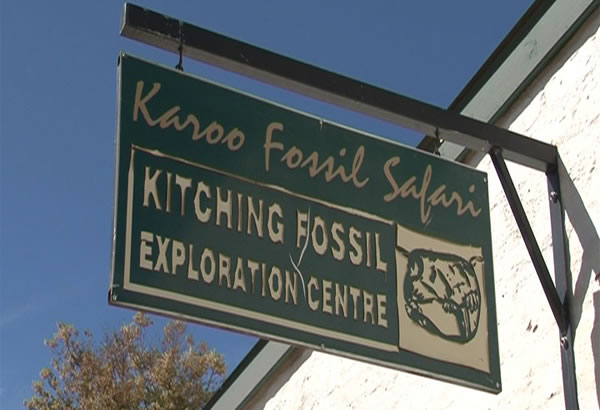 The Centre tells the story of life in South Africa 253 million years ago during the Permian Period. This was 50 million years before the first dinosaurs.

Experience a short guided tour to nearby fossil-bearing rocks after you have been into the Fossil Exploration Centre where 3 life-sized models can be viewed along with paintings by the artist Gerhard Marx on scenes without the plants and animals we know today. Humans only arrived around 250 million years later.