Nieu-Bethesda, a charming village set in the fertile valley of the Sneeuberg Mountains near Graaff Reinet is so secluded that development took a back seat leaving a rare historical integrity. It has become a popular retreat for artists and because of its unique appeal, Nieu Bethesda is a place that no visitor should miss.

An eternal spring bubbles on the plateau just above Nieu-Bethesda. Its water rises up from the earth to flow downhill and through the village’s network of furrows, one of the last working furrow systems still operating daily. The babble of moving water is a fitting soundtrack to the serene pace of life in this small town, where the streets remain untarred and the people greet visitors like friends. 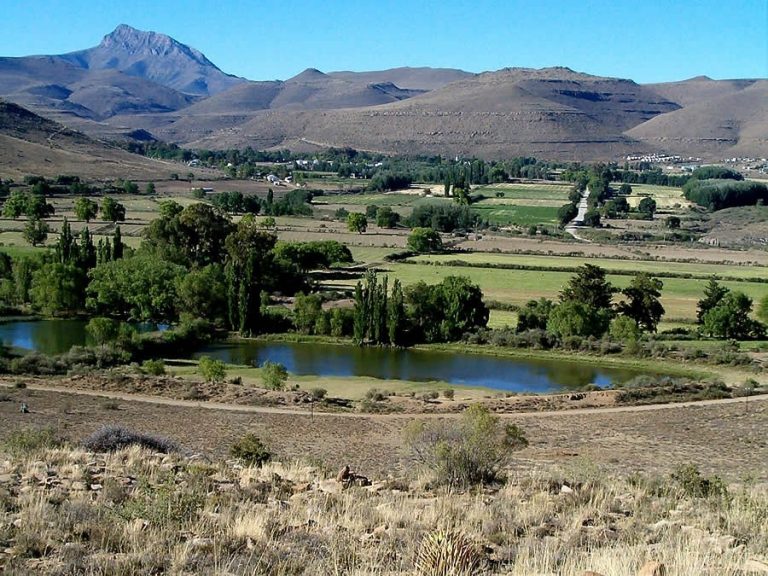 Nieu-Bethesda is overlooked by Compassberg, the highest mountain (2502m ) in the Eastern Cape, and is lined on either side by hills. In this narrow fertile valley lies a town waiting to enchant and beguile. Ancient pear trees and quince hedges edge the roads and fields.

Nieu-Bethesda is home to a growing number of artists, crafters and other creatives seeking a more conducive way of life. Decades ago, however, writer Athol Fugard chose Nieu-Bethesda as his inspirational home from home and the place where many of his world-famous plays were written.

But it is Helen Martins, creator of the mystical and unforgettable Owl House and Camel Yard, who has immortalised Nieu-Bethesda. It was here that she gave life and form to her unique vision, by transforming her modest house and garden with glass and cement. Now run as a museum, and known internationally as a remarkable example of outsider art, the Owl House is open to the public every day of the year (except 25 December).

Remember, in keeping with its distinctive pace of life, Nieu-Bethesda has no bank, credit card facilities or petrol pump, and mobile phones are discouraged.

IMPORTANT: See our pages on What to do in Nieu-Bethesda as well as where to find places where you can enjoy traditional Karoo Cuisine. 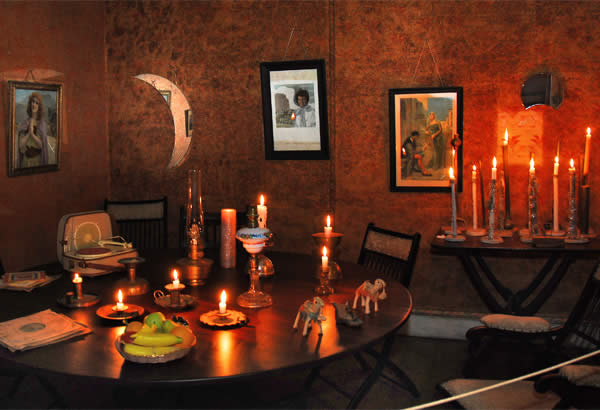 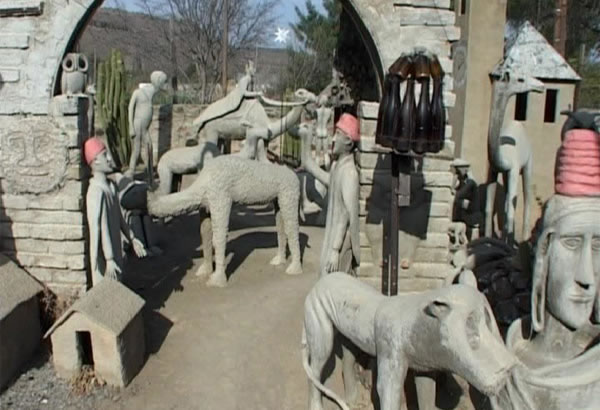 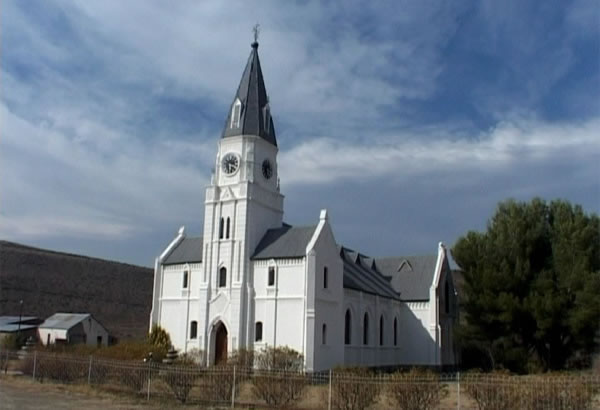