26 Feb 2012 Timon arrived with us to be rehabilitated yesterday after been found at a bin. As it has been a while since we have had  a little meerkat to rehab we are all very keen on helping him on his way back to the veld.

He obviously has been an illegal pet meerkat.  He must be use to cats as poor Snowy and Lulu has to run!!  We will try and get him to accept them too during his stay. It is obvious to us that he must have been fed babyfood etc which makes the rehab process longer.  But he is responding very well to his new enviroment. 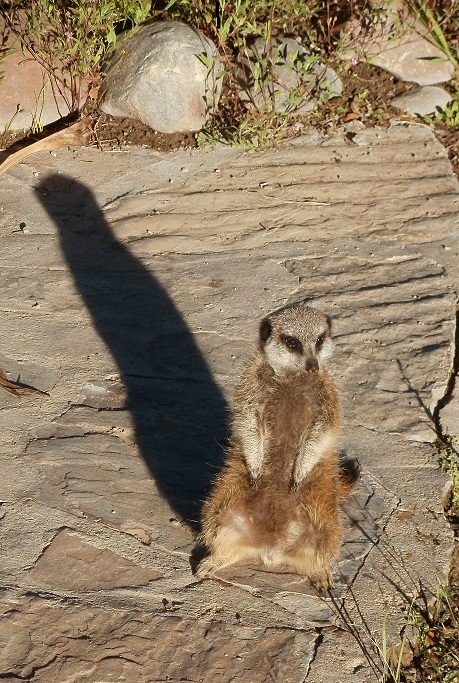 15 March 2012 Timon and Snowy has become best friends.  Snowy allows him to sleep near him when it is cold. 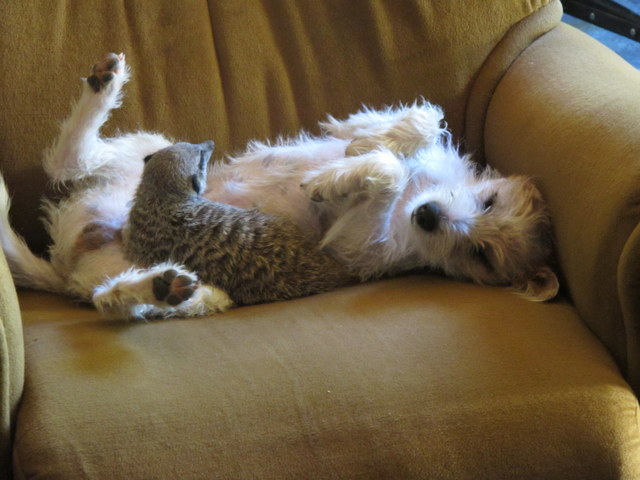 9 May 2012 Timon got two new friends that joined him at Ganora.  Wollie and kKeintjie arrived today.  Snowy so badly wanted to become their best friend, but they were a bit wery of all this attention! Timone just loved the companionship and immediately became the leader and showing them to look out for the big birds! 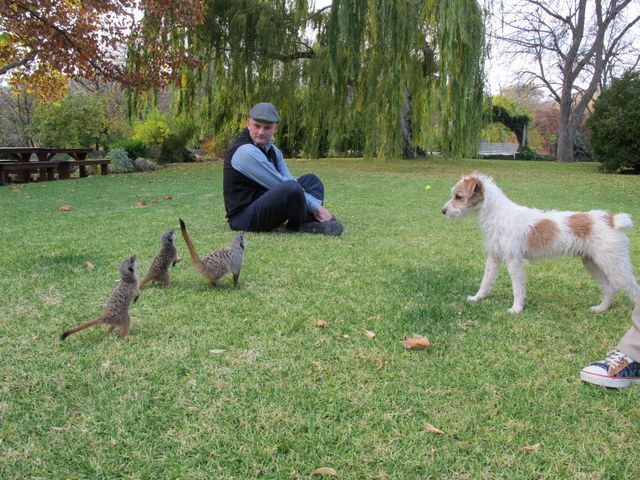 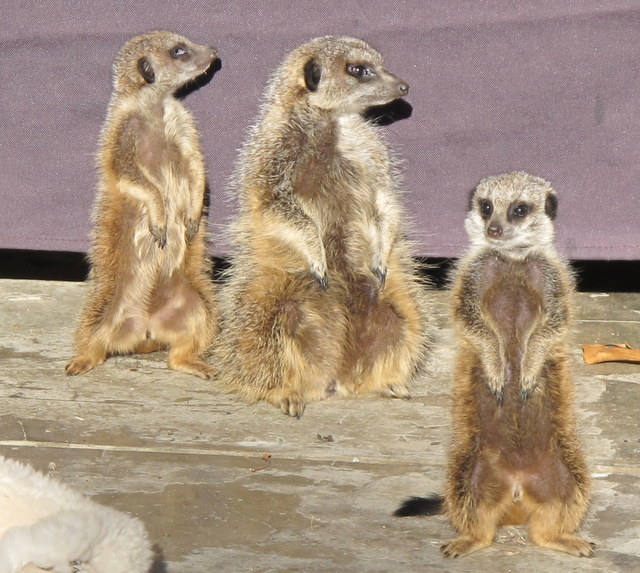 8 September 2012 The winter is over and Timon and friends have been released into the wild safely.  They joined up with a bigger group.

15 November 2012. We spot them from time to time in the veld. So happy it is going so well with them.

26 December 2012  Saw four groups on different area’s of the farm in the last two days.